DCS: F-16C Update
As mentioned in our yearly wrap up, one of our biggest projects for this year is the legendary F-16C Fighting Falcon, also called the Viper. In parallel with the Hornet, we already have a sub-team working on the Viper that includes programmers who have completed their Hornet tasks. Much of their focus is currently on the flight model, Flight Control System (FLCS), cockpit and the external model. Using much of what we learned with the Hornet, progress has been good, and is in no way slowing down Hornet completion.
As we pour the concrete, we can start to pass along some of our plans. Please remember they are plans, not timeline promises.
Our Viper will be an F-16C with the Common Configuration Implementation Program (CCIP) upgrade. We feel this to be the most versatile version of the F-16 with capabilities for SEAD, precision attack, close air support, anti-ship, and of course air-to-air. We will be taking great care though to develop a very accurate simulation of the F-16C Block 50 operated by the United States Air Force and Air National Guard circa 2007.
Core systems of our F-16C include:
F-110-GE-129 turbofan engine
AN/APG-68(V)5 multi-mode radar
AN/ALR-56M Radar Warning Receiver
AN/ALQ-131/184 ECM pods
CCIP (Common Configuration Implementation Program) update
ALE-47 countermeasure system
This will be a massive project, so we will separate it into two phases: Phase 1 Early Access release and then Phase 2 Product Sustainment.
Phase 1 Early Access Release:
Color Multifunction Display (CMFD) symbology, Horizontal Situation Display (HSD) format, and Head-up Display (HUD) symbology
Digitally TACAN and Electronic Horizontal Situation Indicator (EHSI)
BDU-33, BDU-50LD/HD, Mk-82LDGP, Mk-82AIR, Mk-84LDGP, BLU-109/B, CBU-87 CEM, and CBU-97 SFW unguided bombs
2.75” rockets LAU-68 and LAU-131
Joint Helmet Mounted Cueing System (JHMCS)
AIM-9L/M/P/X Sidewinder
AIM-120B/C AMRAAM
M61A1 20mm cannon
Phase 2 Product Sustainment:
Multifunctional Information Distribution System (MIDS)
Link 16 Data Link
AGM-65D/G/H/K Maverick
AGM-88C HARM
AN/ASQ-213 HARM Targeting System (HTS)
Sniper XR Advanced Targeting Pod
GBU-10, GBU-12, GBU-24A/B laser-guided bombs
BRU-57/A Smart Rack
CBU-103 CEM and CBU-105 SFW Inertially Aided Munitions (IAM)
GBU-31/A, GBU-32, and GBU-38/B JDAM
AGM-154/A and /B JSOW
AGM-158/A JASSM
Integration of the JHMCS with the HARM Targeting System (HTS), Link 16, and AIFF
ALE-50 towed decoy
As this project accelerates, we will be providing updates to keep you abreast of our progress to this much awaited addition to DCS World.

Nothing in the image is placeholder. All is operational and in the game.

As mentioned earlier, our work on the Hornet has allowed us to much more rapidly develop the Viper. Work began only in October of last year.

Pre-Order DCS: F-16C Viper On 22 May 2019 and Save 20%
The amazing F-16C is coming to DCS World! Pre-order it next week on 22 May and save 20%. Early access is planned for the beginning of autumn 2019.
The F-16C is a single seat, single engine multirole fighter that was developed in the 1970s. More than 4,500 units were manufactured and are operated today by 26 countries where the aircraft performs numerous missions that include air superiority, close air support, precision bombing, air defense suppression, reconnaissance and more. Few other aircraft can match its versatility, maneuverability, firepower, and huge production numbers.
Nicknamed the Viper by its pilots, the F-16 was designed with a reclined seating position for high G tolerance and a single-piece bubble canopy for exceptional visibility and comfort. Its lightweight and powerful F-110-GE-129 engine provides a greater than 1:1 thrust ratio.
Housed in the nose of the Viper is a multifunction APG-68(V)5 radar. The aircraft can also be equipped with multiple sensors such as the Sniper XR targeting pod and HARM Targeting System (HTS).
The Viper is armed for air-to-air combat with Sidewinders, AMRAAMs, and an internal 20mm 6-barrel Gatling gun. It can also be loaded with a wide range of air-to-ground weapons that include general purpose bombs, rockets, canister munitions, Mavericks, laser- and GPS-guided bombs, and more. The F-16 provides endless gameplay in DCS World!
Key Features of DCS: F-16C Viper
Professional Flight Model (PFM) and authentic fly-by-wire Flight Control System (FCS).
The most realistic model of the F-16C imaginable, down to each bolt and flake of paint, animated controls surfaces, lights, damage model, and landing gear.
Detailed simulation of the Viper’s many sub-systems like engines, fuel, electrical, hydraulic, radios, lighting, emergency, and many, many more. Although features like "auto start" are available, the sense of accomplishment cannot be overstated while learning to operate this state-of-the-art machine.
Dozens of air-to-air and air-to-ground weapons and sensors. From simple rockets to high-tech GPS and laser-guided bombs, experience what only F-16C pilots have experienced ‘til now.
A highly realistic and exhaustively researched cockpit that is mouse interactive with 6-degrees of freedom. Interact with the cockpit by pressing buttons and moving switches. You will feel like part of the aircraft with our Advanced Systems Modeling (ASM).
Authentic F-16C sounds.
Virtual Reality support. Take advantage of the latest VR technologies to immerse yourself in the simulation. Other than the G's, you will feel like you are there!
Multiple liveries for the United States Air Force and Air National Guard, Air Force, Turkey, Greece, Israel, and others. 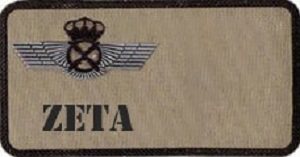 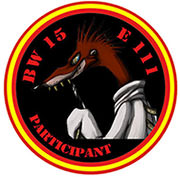 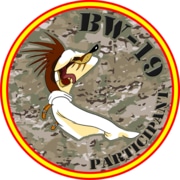 Volver a General Ala DCS